The Danger of Distance

Learn from the past, set vivid, detailed goals for the future, and live in the only moment of time over which you have any control: now.
– Denis Waitley 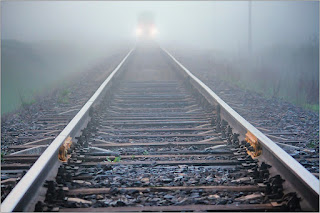 I read with interest not long ago how a person on railroad tracks hears a train approaching, looks behind him, sees the train and then freezes in fear. The train “outruns” its sound, which means that by the time you hear it, it is virtually on top of you.

If a train engineer sees you on the track, he or she will blow the whistle. Often it takes more than a one blast to get the average person’s attention, say train engineers. But trains can’t stop the way motor vehicles can. A freight train has about 100 cars, weighs about 12 million pounds, and takes a full mile to stop. An optical illusion happens with tracks. When you see it coming, it looks as if it is traveling half as fast, and is two times farther away from you than it really is.

If not careful, leaders can fall prey to illusions that can be equally as harmful. Fast Company magazine co-founder Alan M. Webber expounds on the issue of how good talkers get taken more seriously than real doers, and the disconnect between executives who make decisions and the people who execute them. He states, “For that matter, as they make their way up the ranks, too many business leaders lose touch with the real work that formed their business education. They don’t do what they used to be so good at doing; instead, they make decisions that tell others what to do.”

Just as the train outruns its sound and creates an illusion for the person on the track, so too a leader can fall prey to similar illusions. The danger of distance for the leader is not found in attaining success too fast, but in forgetting too quick what it was like before achieving it. Here are three tips to help you stay connected and not get run over in your tracks.

Don’t forget the early days; they will keep you grounded. The more successful you become the more grounded you need to be. With the passing of time it’s all too easy to forget the struggles and how important they were to you in the formative years.
As you grow as a leader and enjoy the fruits of your labor it brings about a new appreciation for the blessings you enjoy. As your passions have changed and your purpose has grown, your leadership now has a greater role. Do you remember the early days? While you can’t go back and relive them, they are the cornerstones of where you are today.

Don’t forget your people; they will keep you relevant. For all the success and accomplishment you have attained as a leader, you did not do it alone. A sure sign that the danger of distance has taken its toll on you is when you say, “Look at what I have done,” instead of, “look at what we did.” 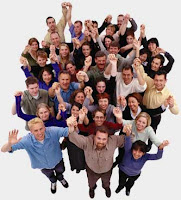 As a leader, you are only as relevant as the quality of people you surround yourself with and the way in which you treat them. John Maxwell was right when he said, “The stronger the relationship and connection between individuals, the more likely the follower will want to help the leader.” Talented people believed in you, joined with you and believed in your dream. Have you forgotten them?
The danger of distance is one of the trappings of success. But it does not have to be your pitfall. As you stay grounded, connected, and relevant, you can navigate today’s challenges as a leader with conviction, clarity, and purpose. Now no longer a danger, the past is your guide, your present is stable, and your future is secure.
© 2011 Doug Dickerson