Our mission is to add value to your vision.

I want to give him a big hug. It’s an absolute wonderful accomplishment.
– Yankees great Yogi Berra 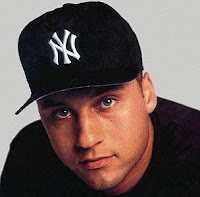 In case you missed it, Derek Jeter of the New York Yankees reached a milestone this past weekend by becoming only the 28th player in Major League Baseball to have 3,000 hits. He is the first player in a Yankee uniform to do it. The 3,000th hit came in grand fashion as Jeter took a pitch from Tampa Bay’s ace David Price deep for a homerun.
Jeter is not just a great player but a true baseball ambassador. His hard work, love of the game, and fan following has endeared him not only to Yankee fans, but to baseball fans regardless of team loyalty. And when Jeter got the historic 3,000th hit, many of the Tampa Bay players walked out of the dugout to cheer. In a rare gesture of respect toward Jeter, the fan who recovered the prized baseball, with an estimated value as high as $250,000, returned it.
While Jeter’s 3,000th hit was a great personal accomplishment, it was also good for America’s favorite pastime. On Little League ball fields around the country and overseas, aspiring players have an authentic hero to look up to and emulate. Jeter’s heroics on the field provide lessons for the young and old alike who love the game and what it stands for. As a leader, Jeter’s milestone teaches us three timeless but valuable lessons.
Keep swinging. One thing is certain; Jeter would not have reached 3,000 hits had he not been in the batter’s box. Year after year and game after game, Jeter inched closer to 3,000 hits the old fashioned way, one hit at a time. While it may not have been a specific career goal to reach that milestone, it was a by-product of his overall success.
As a leader, the success you earn and the goals you reach come much the same way as Jeter’s –by swinging. If you have a bad day, you keep swinging. In a down economy, you keep swinging. During winning seasons or losing ones, you step up and swing because you know that one day it is all going to pay off.

Stay true. One of the most impressive accolades regarding his 3,000th hit is that he is the first to do it in a Yankee uniform. Jeter has spent his entire baseball career with the New York Yankees. In this modern era of sports this is rare. Shania Twain sings a song, “Dance with the one that brought you”, and this is what Jeter has done. Jeter has shown in his single-team career that loyalty given is loyalty rewarded.

Leaders who rise to the top of their game like Jeter are ones who understand the value of being a team player. And in an era when loyalty is farmed out to the highest bidder, it is refreshing to see someone of Jeter’s caliber exemplify s single-minded purpose to be the best in his profession. As you remain true to your purpose, give it your all, and dance with the one who brought you, great things can happen.
Dream big. I think every Little League player dreams of the day he can play for his favorite Major League team. It has been reported that growing up Jeter was no different. He wanted to play for the New York Yankees. From the Little Leagues to the Big Leagues, Jeter reached his goal and so much more.

Red Sox manager Terry Francona said, “I’ve seen him since the Fall League when I think he was 19 years old. He’s still the same kid. A little different haircut, but always plays the game right. He always treats people right and he tries to beat your brains out. That’s a good way to go about things.” A big dream coupled with a determination to win is what propelled him to stardom.
As a leader, the level of success you attain no one will ever know until you first dare to dream a big dream. Walt Disney said, “All our dreams can come true, if we have the courage to pursue them.” As for Jeter; congratulations, thank you for allowing us to witness your remarkable career, Cooperstown awaits you.
What dream are you pursuing?